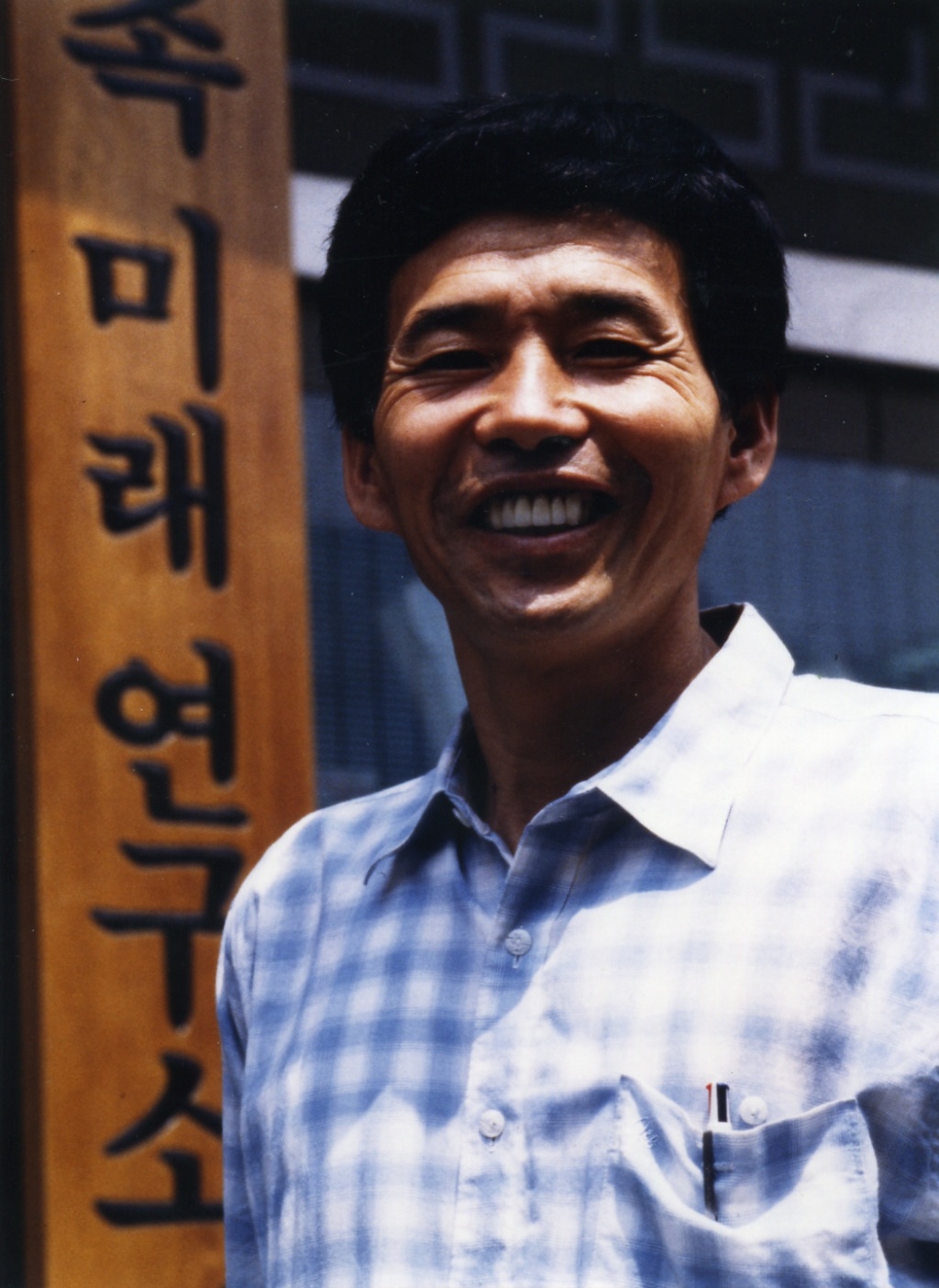 The late Yoon Han Bong was an activist who dedicated his life to the democratization and reunification of his homeland and the struggle for justice abroad. Born in 1947 in Gangjin, South Jeolla Province, Yoon enrolled in the College of Agriculture at the Chonnam National University in 1971 after finishing mandatory military service. As a student organizer, he opposed the undemocratic Yushin Constitution in South Korea and was imprisoned multiple times as the result. He grew in his capacity as a leader and built coalitions with farmers and founded night schools for rural communities.

Yoon was involved in the movement to end autocratic rule in South Korea, establish democracy, and reunify the peninsula, and the May 18 Democratic Uprising in 1980 was a turning point for him. Targeted as one of the main instigators, Yoon became a wanted man and spent a year in hiding. At the plea of his supporters, he moved to the United States in 1981 and sought political asylum.

Yoon toured and spoke about his experiences across North America, and led Korean youth-specific events on Korean history and the history of the pro-democracy movement. He began to organize the Korean immigrant community, starting with the founding of Young Koreans United and Korean Americans for Peace and Justice in 1984. These two organizations actively worked for overseas support and solidarity. He also founded "madangjips", or community centers for Korean immigrants to educate and serve one another. He founded community centers in Los Angeles, Philadelphia, Chicago, and Toronto. He founded the Young Korean American Service and Education Center in New York in 1984, the precursor to the MinKwon Center for Community Action.

With the eventual abolition of the Yushin Constitution and the establishment of democratic rule, Yoon returned to South Korea for good in 1993. He helped found the May 18 Memorial Foundation, the Korea Future Research Center and the Korea Memorial Foundation. He passed away in 2007 at the age of 60, and in recognition of his life's work, the South Korean government posthumously conferred the Camellia Medal, Order of Civil Merit.

Read more: Gwangju Diary: Beyond Death, Beyond the Darkness of Age by Lee Jae-eui