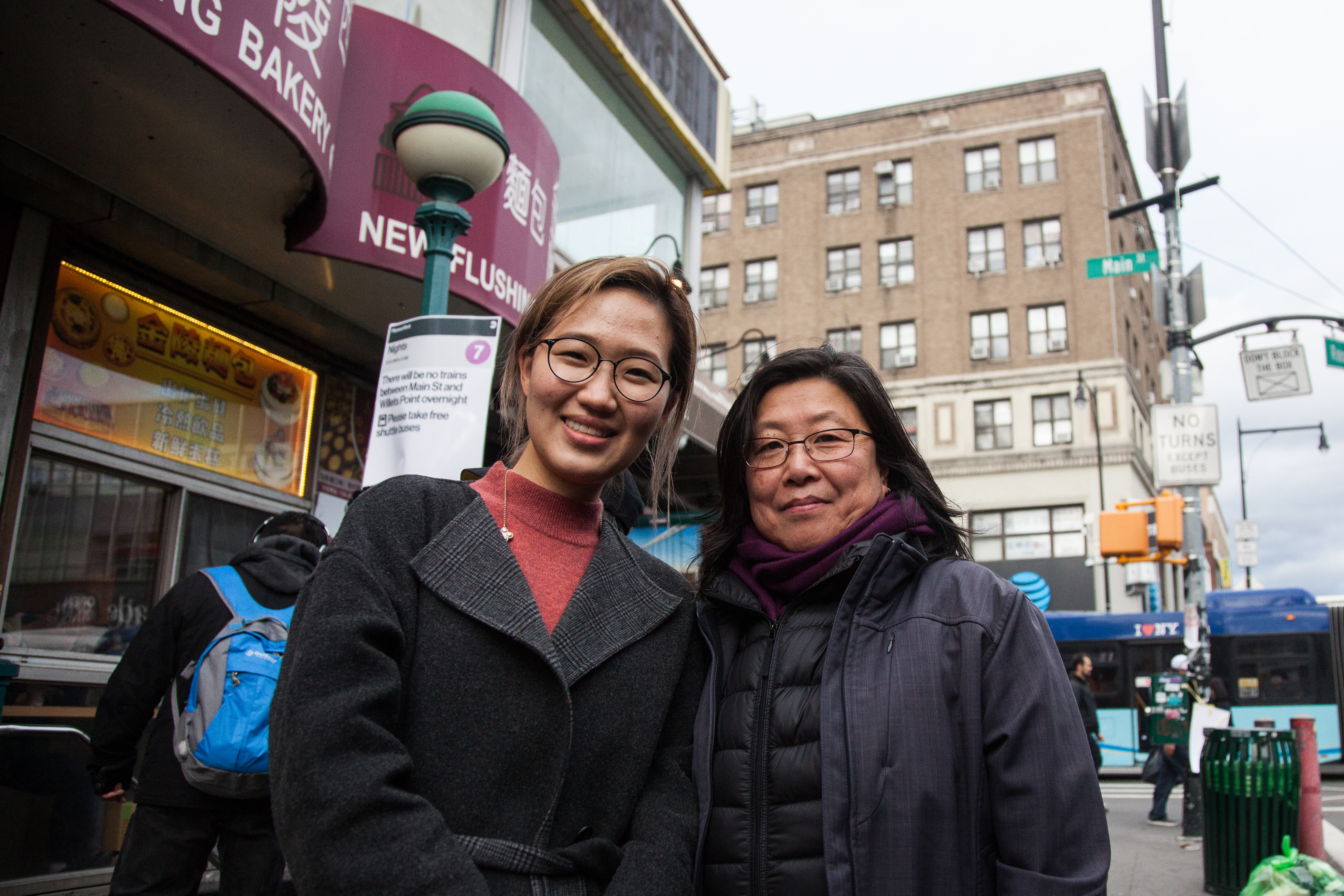 For over the past decade, Queens College professor Tarry Hum has researched downtown Flushing as the borough’s hub for Korean and Chinese immigrants transitioned into an epicenter of large-scale commercial development and multinational investments.

On Oct. 21, Hum organized a teaching tour of the area’s luxury developments with community activists Bobby Nathan and Seonae Byeon of the MinKwon Center for Community Action, an immigrant and tenant rights group.

The group led a presentation that examined how the transnational investment in luxury retail and apartment complexes has threatened the affordable housing stock in the neighborhood, and contributed to a form of gentrification that stands in stark contrast from the rest of the city.

Where gentrification normally means an increase in the white middle class population as immigrants and people of color are displaced, the tour’s speakers said that in Flushing, the largest demographic influx consists of wealthier immigrants from mainland China.

The tour itself focused on some of the prominent developments that speakers pointed to as the root of this trend. In tracing the path of luxury development, Hum drew attention to one international real estate company in particular: the F&T Group.

Over the past 12 years, F&T spearheaded five major projects there all within a half-mile of each other. The Tangram building, One Fulton Square, Flushing Commons, Queens Crossing, and Flushing Town Center all feature a combination of mixed-use housing and commercial space. Three of them spread over 1 million square feet.

In her presentation introducing the tour, Hum said that the increasing scarcity of affordable housing is the result of the city’s failure to address the neighborhood’s zoning. In 2016, the de Blasio administration abandoned a rezoning of downtown Flushing after encountering resistance from community groups and Councilman Peter Koo.

The zoning would have required a percentage of affordable housing under the city’s mandatory inclusionary housing policy, but also would have increased allowable density.

“I think that for most community activists now, the idea of rezoning is mostly an upzoning, right? There’s a lot of resistance to that because that’s a catalyst for investment and for gentrification–when you change the as-of-right parameters of what you can build, the different uses,” said Hum.

The city ultimately could not come to an agreement with the community activists, backed by Councilman Koo. But in the wake of the zoning’s collapse, Hum said that the luxury market rate residential developments has continued, now without the proposed city investments in the neighborhood.