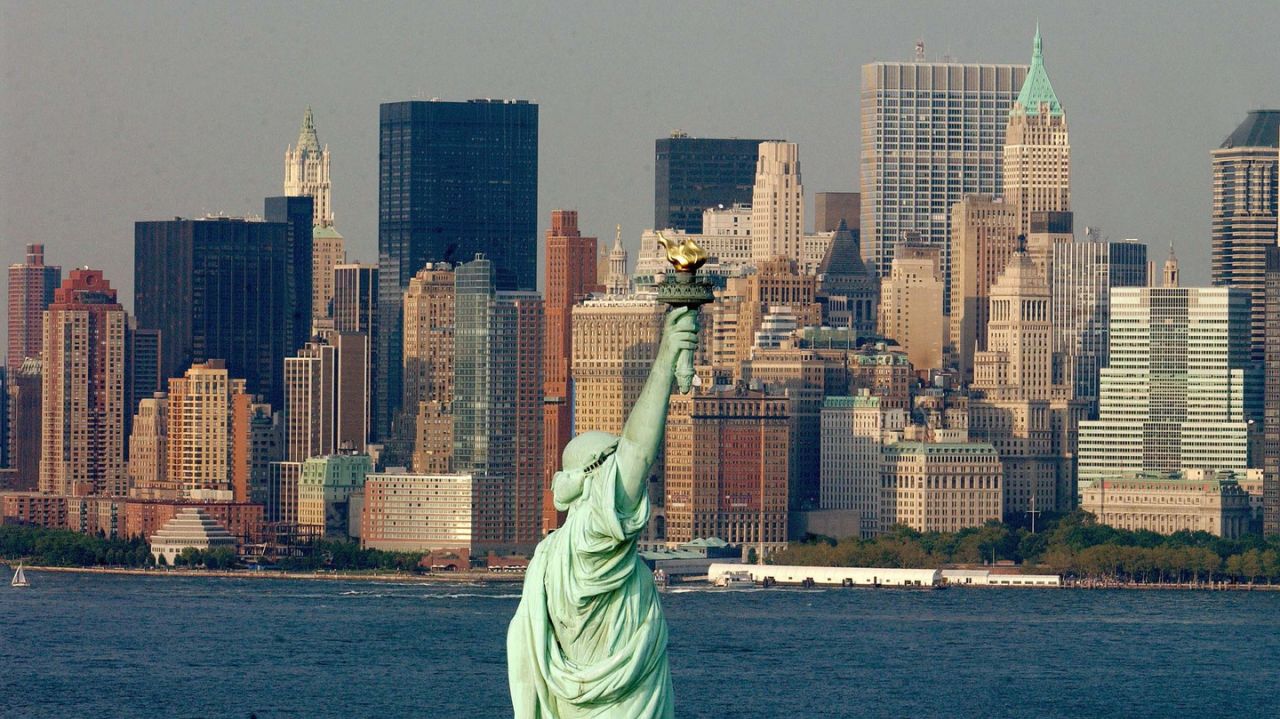 The Statue of Liberty was the focus of a new video by immigration advocates pushing for Congress to pass the Dream Act. (Credit: Newsday / Moises Saman)

Immigration advocates are invoking The Statue of Liberty’s “The New Colossus” poem in a plea for Congress to pass the Dream Act before lawmakers go on their holiday break.

In a new video released by MoveOn, United We Dream and NextGen America, three young, undocumented immigrants who were brought to the United States as children recite the famous poem engraved on the Statue of Liberty’s pedestal as snippets of their lives in the U.S. are brought into frame.

The goosebump-inducing video aims to inspire Americans to call their representatives and demand Congress pass the Dream Act by tying in the symbolism that the Statue of Liberty and “The New Colossus” offer as a beacon of hope and a sign of welcome for immigrants coming to the U.S.

After President Donald Trump’s decision to end the Deferred Action for Childhood Arrivals program in September, many immigration advocates began a renewed push for the Dream Act, which would provide a pathway to citizenship for DACA enrollees, to become law.

“Time is running out — if Congress does not pass a clean Dream Act before the new year, it will tear families apart and turn our nation’s back on millions of young people who are currently in limbo,” said Anna Galland, executive director of MoveOn.org Civic Action.

One of the immigrants featured in the video, David Chung, 27, said he wanted to get involved in the project because of how much DACA has helped him. He believes “The New Colossus” offers an important message to those who are willing to listen.

“We don’t just want people that are fully successful. We want immigrants that have had a hard time,” the Staten Island resident said. “I think that’s really key. We have always been a country that has taken in people who have fallen on hard times.”

Chung came to New York City from Seoul, South Korea, when he was three years old. Growing up on Staten Island, he said the Statue of Liberty always catches his eye when he takes the ferry.

“My parents had already come to the U.S. a few years before to set up our life here. It was hard for them to find work back in Korea so they decided to raise our family here,” he said. “My favorite part of the video was when there’s this overhead view of the Statue of Liberty torch and I think the torch has so much symbolism of being a beacon of hope.”

Chung, a CUNY Hunter College graduate, enrolled in DACA in 2012 and has been involved in the immigrant rights movement ever since. The enrollment process helped Chung connect with other undocumented youth, and ultimately helped secure his first job as a community organizer with the MinKwon Center for Community Action, a community advocacy group based in Queens.

When he heard the Trump administration was ending DACA, he said his initial reaction was anger.

“I was really upset although I had been expecting it,” Chung said. “When the decision was finally made it was like OK now we can start organizing.”

The silver lining to ending DACA, according to Chung, was that it created new momentum to push Congress to pass the Dream Act before DACA officially ends on March 5.

The Dream Act would provide a path to citizenship by offering qualified recipients an opportunity to secure a green card. Green card holders can apply for citizenship after five years of living in the United States.

“This country is supposed to be a country of opportunity. We should be taking them in and providing them with opportunities to succeed,” Chung added.

Several Democratic lawmakers have vowed to pass the Dream Act in the wake of the DACA announcement, but with the House ending its session on Thursday and the Senate ending on Friday, they only have a few days left to get it done before the break.