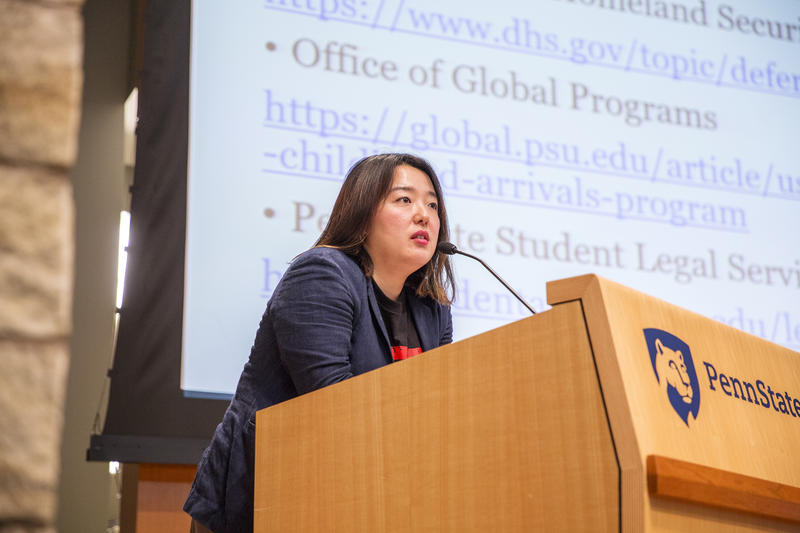 Angie Kim, a community organizing fellow at the MinKwon Center for Community Action and a DACA recipient, spoke to the crowd Wednesday night. She says DACA was everything to her.

Penn State’s Center for Immigrants’ Rights Clinic hosted an information session on Wednesday to discuss the future of Deferred Action for Childhood Arrivals, or DACA. Two guest speakers shared their stories of being undocumented immigrants.

About 40 people attended the info session, where the Clinic gave out facts about DACA and the DREAM act.

Speakers included Angie Kim, a community organizer based in New York and a DACA recipient.

Kim came to the U.S. from South Korea with her parents at the age of nine. She said she wants people to know when they talk about policy, they are talking about a power to change lives.

“DACA meant everything, and all I ever wanted was just the ability to work,” Kim said.

“Hearing the stories of those who have DACA or have been undocumented, as well as learning about the difference between DACA and the DREAM act puts us on a path forward,” Wadhia said.