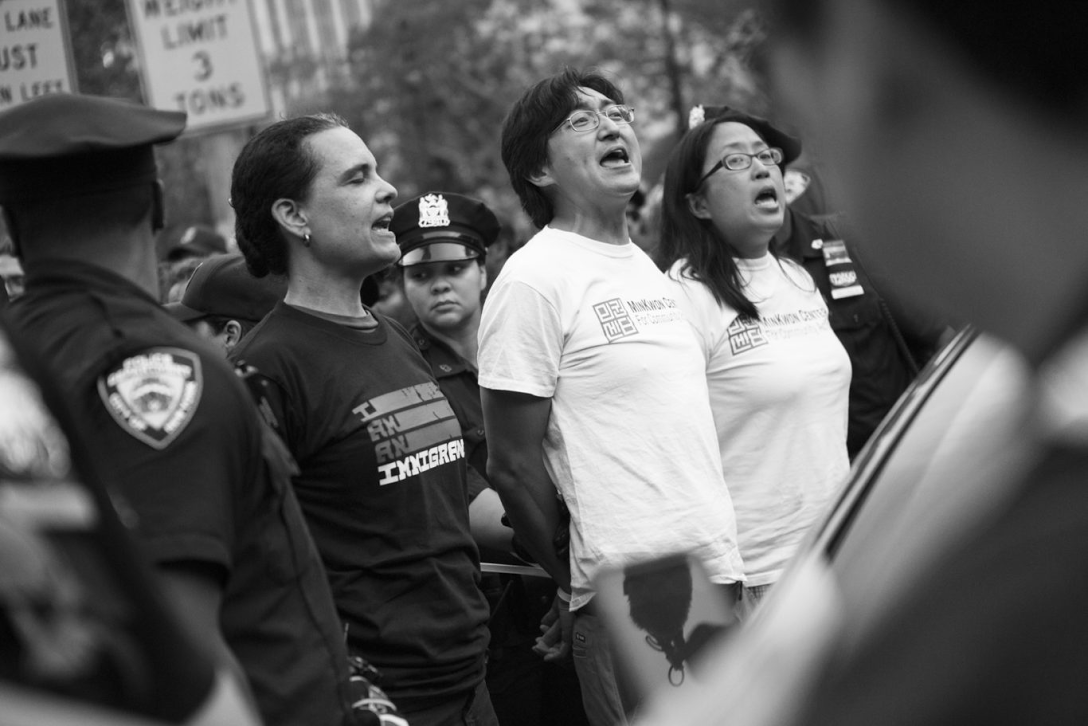 Almost immediately after Sessions’s announcement on Tuesday morning, protests began in front of Trump Tower, where a crowd of protesters voluntarily faced arrest by sitting in the roadway. The NYPD told the Voice on Tuesday night that it hadn’t tallied final numbers, but organizers said as many as a dozen demonstrators had been cuffed. A second, much larger protest began Tuesday evening in lower Manhattan and ended in a march across the Brooklyn Bridge.

Demonstrators gathered in Foley Square around 5:30 p.m., where they were addressed by speakers including Attorney General Eric Schneiderman, whose office announced last night that it intends to challenge the administration’s order. That protest also saw arrests, including that of City Councilmember Ydanis Rodriguez and a handful of others, as participants briefly blocked the entrance to the Brooklyn Bridge.

The DACA program was created by the Obama administration through executive action in 2012 and offered a reprieve from deportation for undocumented immigrants who had arrived in the United States as minors. It was billed as a stopgap after the failure of the Development, Relief, and Education for Alien Minors (DREAM) Act, which would have offered more comprehensive protections to that class of immigrants. That bill was blocked by a Republican filibuster in December 2010.

After the rally at Foley Square, with chants of “No ban, no wall, America for all,” marchers made their way across the bridge with a heavy police escort.