Even as the odds for immigration reform dwindled, three women who would have benefited from President Obama’s plan to pull them from the shadows held out hope. On Thursday, their dreams were dashed by a deadlocked Supreme Court, resurrecting their worst nightmare: families torn apart by deportation.

The nation’s highest court left in place a lower court ruling halting Obama’s executive action, which would have affected as many as 4 million illegal immigrants, many of whom are parents of legal citizens, granting them work permits and deferred deportation. Such measures would have added welcome stability to the family of Peruvian-born Pamela Chomba, 26.

“(My brother) lives in constant fear that my parents will be deported,” she said through tears, adding that as a Muslim, she finds Donald Trump’s immigration proposals profoundly scary. “My parents ... won’t have any documents to apply for better jobs to qualify for health care that they’re more than happy to help pay for.” 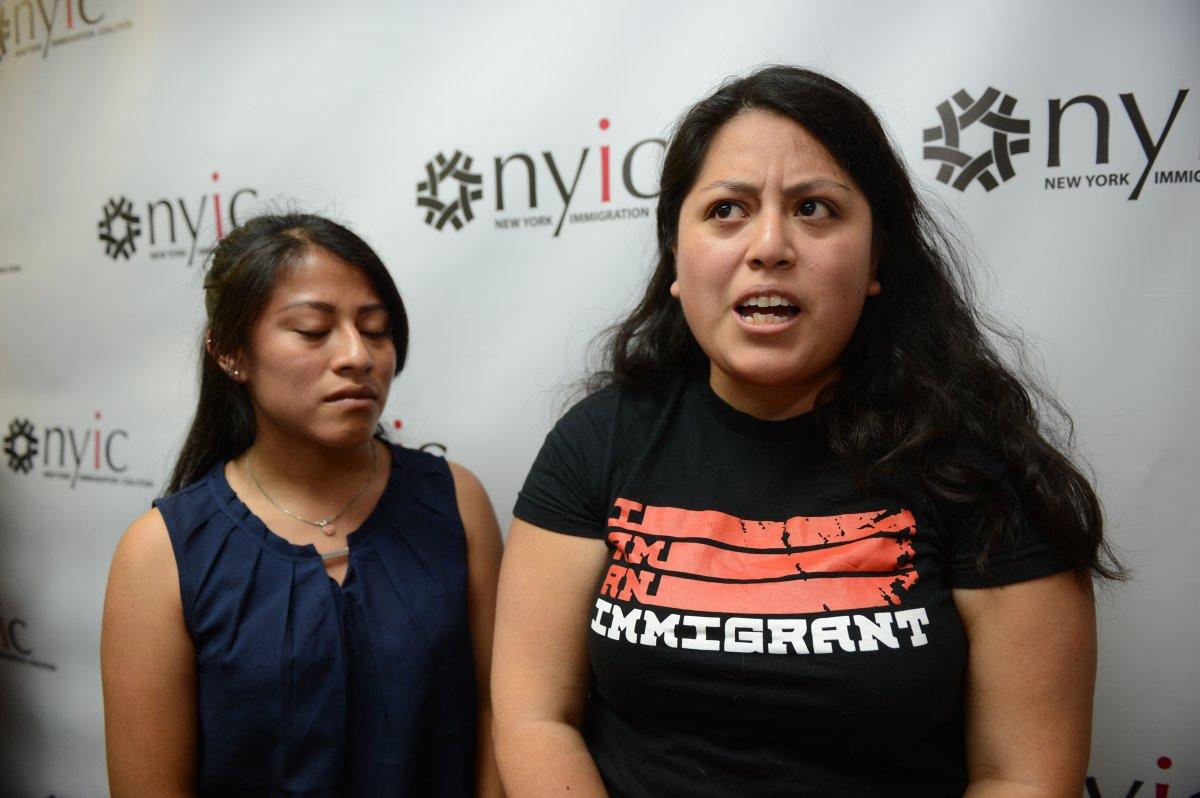 Her father is a technician and her mother works in retail. They came to the U.S. 15 years ago.

Chomba, who lives in Newark, said she dreads having to explain the Supreme Court’s move to her brother, who just turned 11. “Today’s court ruling does not help at all,” said Chomba, a manager at FWD.us, an immigration reform advocacy group founded by Facebook’s Mark Zuckerberg. “I have to go home and tell him what went on the day after his birthday,” she said. Still, she found some solace in the fact that the decision was a tie, meaning other people share her view that undocumented people should be allowed to live in the country legally.

“We need to continue to push for (reform) in 2017 and demand that we have a President that will push for this in the first 100 days of government ... ,” she said at an event organized by the New York Immigration Coalition in Midtown.

Obama’s program would have also included an expansion of a program granting work permits to undocumented immigrants who came to the U.S. as children — like Ester Rim, who arrived from South Korea when she was 5. Obama’s program had offered Rim, 20, and her family hope. “The program was the light at the end of the tunnel,” she said. 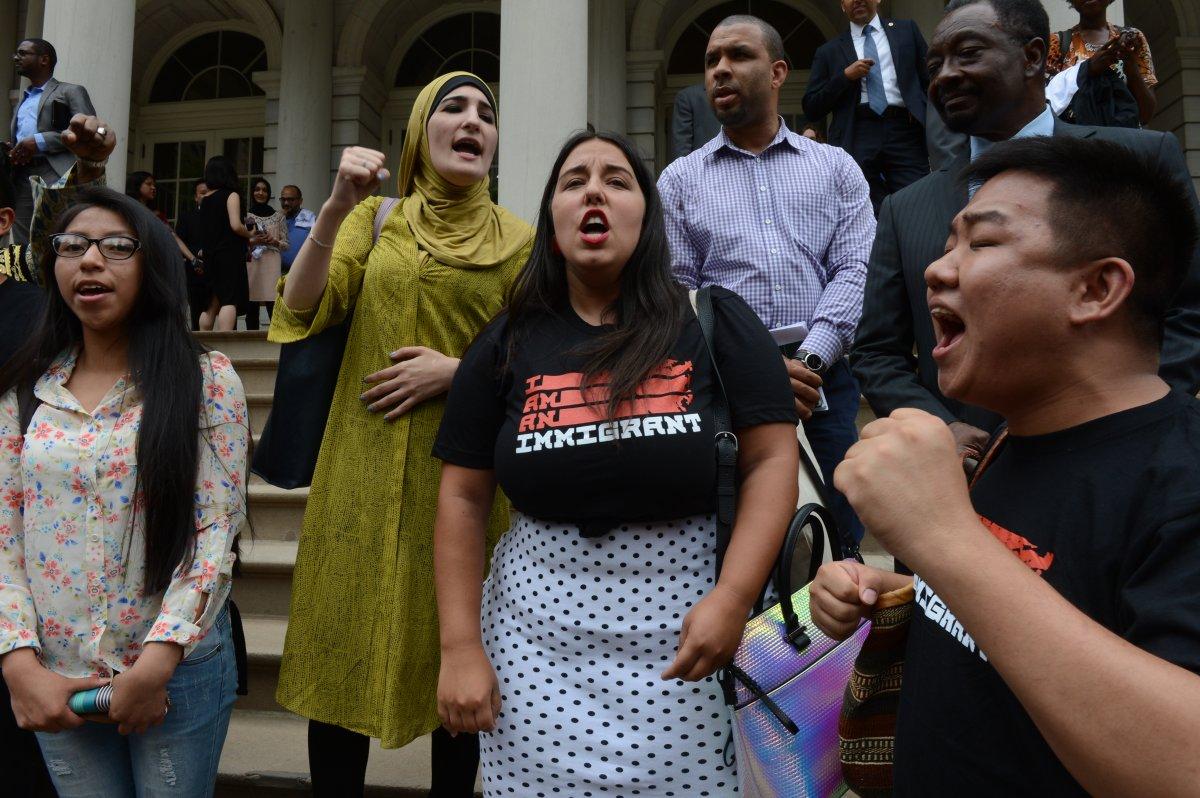 Now hope is fading. “I thought I saw a glimmer of hope for my parents,” she said. “That has been shut down.” Obama emphasized Thursday that he retains authority over deportation priorities, meaning the decision would not result in a surge of harassment of law-abiding undocumented people. Still, maintaining the status quo was no comfort to Joselyn Guaman, 18, who could have applied for cheaper tuition and student aid if Obama’s executive action had passed legal muster. 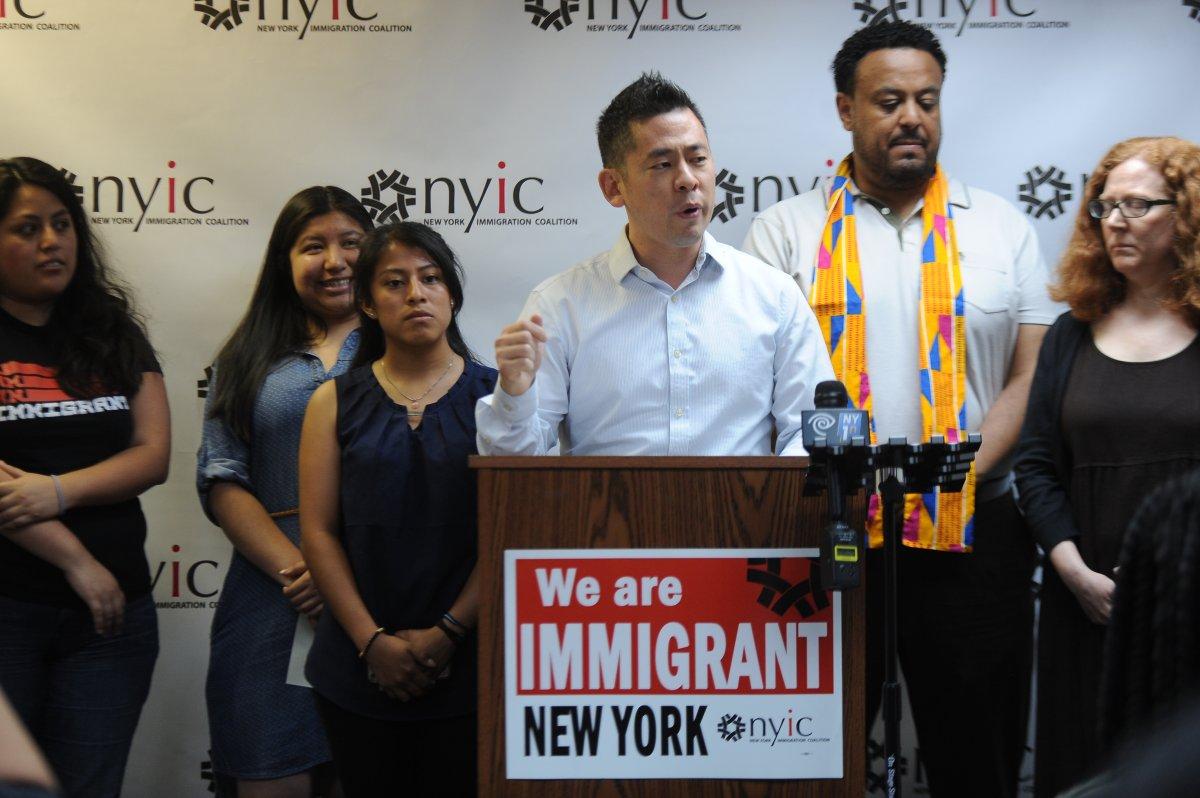 Guaman came to the U.S. from Ecuador at the age of 11 and lives with her parents, who are also undocumented. The hardest part for Guaman was explaining to her three younger siblings, ages 4, 5 and 6, what the decision means for their family in Sunset Park, Brooklyn. “They don’t understand what’s going on. They ask, ‘Why can’t mom and dad work? Why is it so hard for you to go to college?’ My younger brother is like, ‘I want to become President. I’m going to work really hard for that.’ And it just breaks your heart because you know it’s not possible with the way things are,” she said.

She worried that the perception of undocumented immigrants as leeches on the system will continue as long as reform remains only a distant hope. “It’s not like we came here to take away people’s jobs. It’s not like we came here because we decided one day, you know what, we want to feed off the system. We work hard,” she said. “There’s many immigrants who are willing and who can be the next engineer, they can be the next doctors, but this country just doesn’t allow them to do so. I’m here fighting for them.”